A young, but already well-known in the world, theatre group with the choreographer Kim Jae Duk as a leader. The company mainly works in the field of modern dance. At the same time, they stage musicals, traditional Korean Pansori performances, rock and hip-hop shows.

The company gained international fame and critics’ recognition for extraordinary ideas and experimental projects that break boundaries between artists and spectators, as well as between genres.

Presented in the style of mass urban culture, the performances of this company raise very serious topics. Movements of dancers, born rhythms, staging scenes – all serve to create vivid images that make you think about the uneasy problems of society.

“Taking traditional Korean folk song, Poomba, and gradually layering it with modern bass, drums and guitar creates irresistible waves of rhythm; it sometimes even resembled Bjork’s music. Modern Table understood only too well how to guide the audience in and out of the familiar without ever breaking the flow of the entire journey.”

“For the artists of Modern Table life is all about rhythm; pulsing, beating, flowing, expanding and contracting and this was well reflected in the movement and the music throughout. The dance piece all started with a simple line: seven dancers all in black shirts and suits on a black stage and only made visible by the most economic golden glow of light (by Kim Jae Duk) giving warmth and humanity to the otherwise bleak bodies. The simplicity and internal focus of the dancers was mesmerising.”

“Very quickly the action moves into the audience part, and the famous energy of the Korean troupe fills the whole space. The modern interpretation of ancient Korean music in a blues-like manner sometimes shifts to a rock concert. Incredible pace, dynamics, passion. No wonder Kim Jae Duc is called the holder of explosive musical talent. Which is obvious without any knowledge of Korean realities”.

“It seems that the piece was choreographed to the limit of speed and dynamics. As modern and fast movements on stage match the beat to the poomba music, those moments of awkwardness and exquisiteness knocked my knees together.” 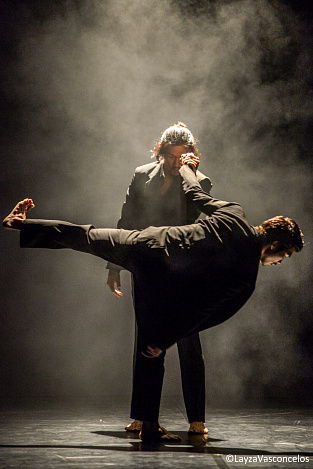 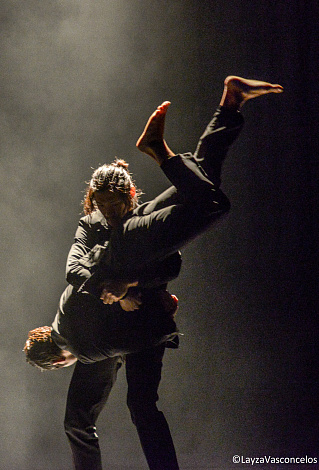 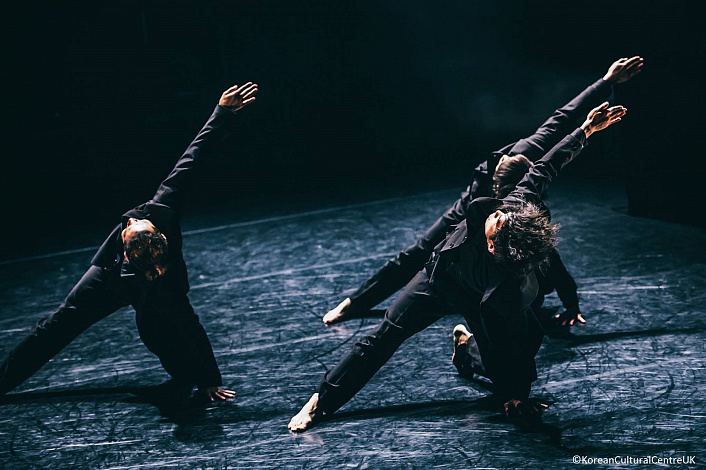 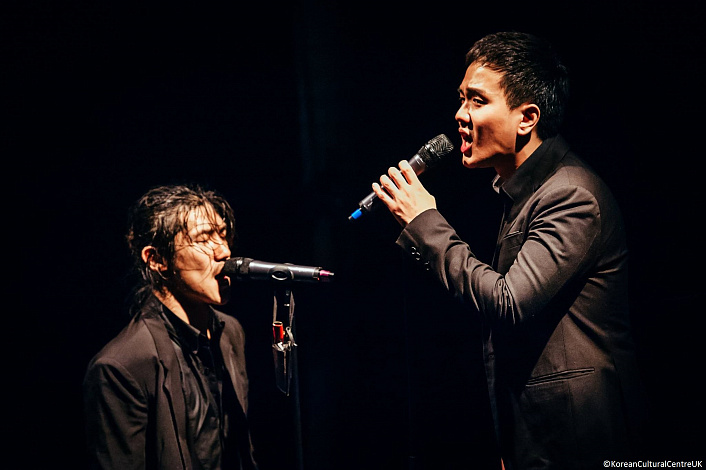 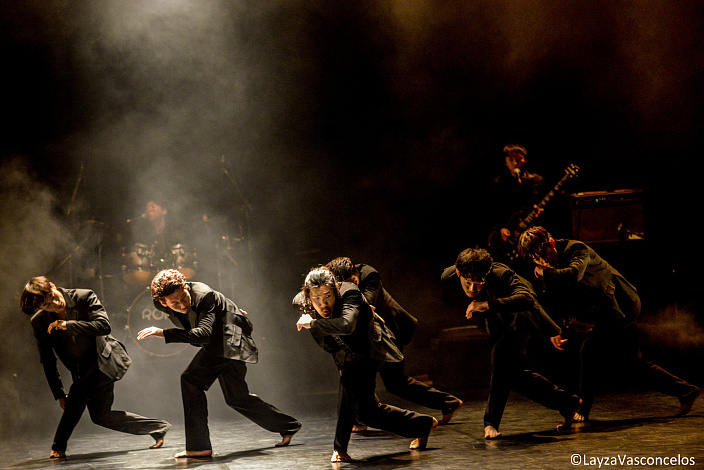 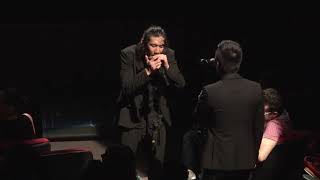